Prof. Kiguli is a Professor of Paediatrics & Child Health at Makerere University. She holds a Bachelors of Medicine and Bachelors of Surgery (Makerere University), Masters of Medicine in Paediatrics & Child Health (Makerere University), Masters of Health Professions’ Education (University of Maastricht, The Netherlands) and a Fellowship in Advanced Leadership Medical Education and Research from FAIMER Institute USA. During the last 20 years, she has focused on advancement of Paediatrics Clinical Research and Services as well as Health Professions Education. Her main research areas have included Emergency Pediatrics, Child Health, Childhood Tuberculosis, Sickle Cell Anaemia and Health Professions’ Education. She has been involved in Clinical Trials involving Fluid Resuscitation Blood Transfusion and Children’s Oxygen Administration Strategies in severely sick children in low resource settings.
Prof. Kiguli has more than 70 publications in peer review journals. She is the Principal Investigator of the Sickle Pan-African Research Consortium (SPARCO) Uganda: Strengthening Capacity for Clinical Care Research and Training in Sickle Cell Disease - SCRT Project the NIH funded Health Professions Education and Training For Strengthening The Health System And Services In Uganda (HEPI project) and the Country PI of the EDCTP funded Nutritional Treatment in Pneumonia Trial (NUTIP).

Dr. Robert Opoka is an Associate Professor in the department of Paediatrics and Child Health College of Health Sciences Makerere University. He is a clinical researcher and Medical Educator. In addition, he holds an appointment at the Universities of Minnesota and Indiana as Adjunct Assistant Professor. In the past seventeen years he has been the key Ugandan collaborator for several NIH funded grants on severe malaria neurological and neurocognitive impairments in Ugandan children. He heads the Emergency Paediatric Unit of Mulago hospital which is the National Referral Hospital for Uganda. He also coordinates the medical undergraduate training program in the department Pediatrics at Makerere University. His clinical area of interest is infectious diseases and he is an expert on clinical outcomes of acute illnesses and Professional medical education. He has published over 130 articles in peer-reviewed journals. (https://www.ncbi.nlm.nih.gov/myncbi/collections/bibliography/46672921/?r... ). Current Projects: "NIH/FIC D43TW010928 John; Idro (MPI) 04/01/18 -02/28/23" Research training in infection nutrition and neurodevelopment in Uganda. The major goal of this training grant is providing training to Ugandan students and post-doctoral fellows in the interactions between infection nutrition and neurodevelopment and to build capacity for research in these interrelated areas in Uganda. Role: Faculty mentor; Doris Duke Charitable Foundation John; Ware; Opoka (MPI 09/01/19 - 08/31/24) Prolonged use of hydroxyurea in children with sickle cell anemia in sub-Saharan Africa: the NOHARM Long-Term (LT) Study. The purpose of this grant is to define the long-term benefits and potential harms of hydroxyurea treatment in children with sickle cell anemia living in sub-Saharan Africa. Role: Co-Principal Investigator "R21 TW011554-01A1 (Opoka, Rollins) 7/1/21 - 6/30/23" Title: An implementation toolkit for the use of hydroxyurea in the treatment of sickle cell anemia in Ugandan children. The goal of this project is to assemble a pilot and develop a tool kit for the implementation and up-scaling of Hydroxyurea therapy in Uganda.

Prof. Hume holds an MD from Queen’s University Canada and Certification in Pediatrics and Hematology from the Royal College of Physicians and Surgeons Canada. She completed her fellowship in immunohematology at the Université de Pierre et Marie Curie and the Centre National de Transfusion Sanguine in Paris, France.

Prof. Hume is a staff member of the Division of Hematology/Oncology in the Department of Pediatrics at the Centre Hospitalière Universitaire Sainte-Justine (CHU-SJ) Montreal Canada where she currently holds the position of Professor Clinical Medicine. CHU-SJ is a tertiary care pediatric/maternal hospital affiliated with the University of Montreal. From 1985 to 2000 she was a full-time member of staff during which time she was the medical director of the hospital transfusion service and the comprehensive care program for patients with hemoglobinopathies and thalassemia. From 2001 to 2009 , she held the position of Executive Medical Director Transfusion Medicine at Canadian Blood Services (CBS) the national blood supplier for all Canadian provinces and territories except Quebec. Throughout her time at CBS she retained her affiliation with CHU-SJ.
After leaving CBS in 2009, she resumed her clinical and academic activities as a pediatric hematologist at CHU-SJ and since then has been dividing her time and professional activities between Montreal Canada and Kampala Uganda where she is affiliated with the Department of Paediatrics and Child Health College of Health Sciences Makerere University.

Dr. Jjingo is a Principal Investigator of the NIH/Fogarty Bioinformatics training grant in Uganda and Co-Principal Investigator of the Ugandan H3BioNet node. He serves as the Director of the African Center of Excellence (ACE) in bioinformatics and data intensive sciences, whose mandate involves providing cutting-edge computational platforms for biomedical research. Dr. Jjingo is a Senior Scientist and Lecturer at Makerere University in the College of Computing, where he is also a Senior member of the Artificial Intelligence laboratory (AI-lab). He earned his PhD in Bioinformatics as a Fulbright Scholar at the Georgia Institute of Technology in Atlanta USA, preceded by an MSc in Bioinformatics from the University of Leeds, UK and a BSc in Biochemistry from Makerere University, Uganda. He previously served as a bioinformatics consultant for the U.S. Centers for Disease Control (CDC) in Atlanta and holds research interests in the molecular epidemiology of TB and HIV as well the application of data science to biomedical research. Dr. Jjingo will lead the registry component of the Ugandan Sickle African Pan African Network (SPARCO) program. 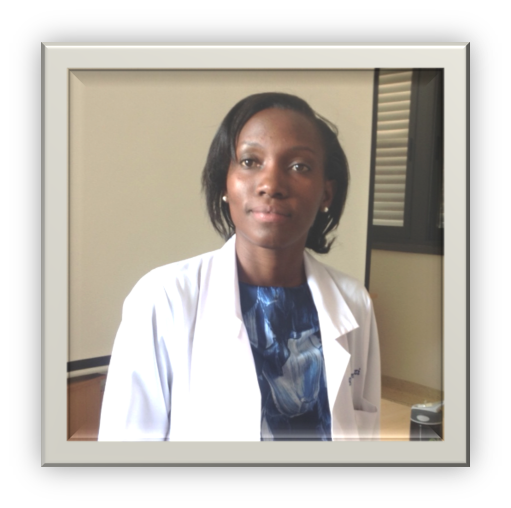 Dr. Namazzi is a lecturer at the Department of Pediatrics and Child Health of Makerere University College of Health Sciences. She is also a paediatric hematologist /oncologist who works at the paediatric haematology unit of Mulago Hospital, as well as the Mulago Hospital Sickle cell clinic. Dr. Namazzi is passionate about improving the outcomes of children with blood disorders in Uganda through improved access to evidence-based care. Her research interests focus on translational and clinical aspects of congenital and acquired hemolytic anemia in children. She has over 7 years research experience in the conduct of cohort studies and clinical trials. She has conducted a number of studies in SCD including the recently completed Zinc for Infection Prevention in Sickle cell anaemia study and Effect of hydroxyurea on neurodevelopmental outcomes in children with sickle cell anaemia. 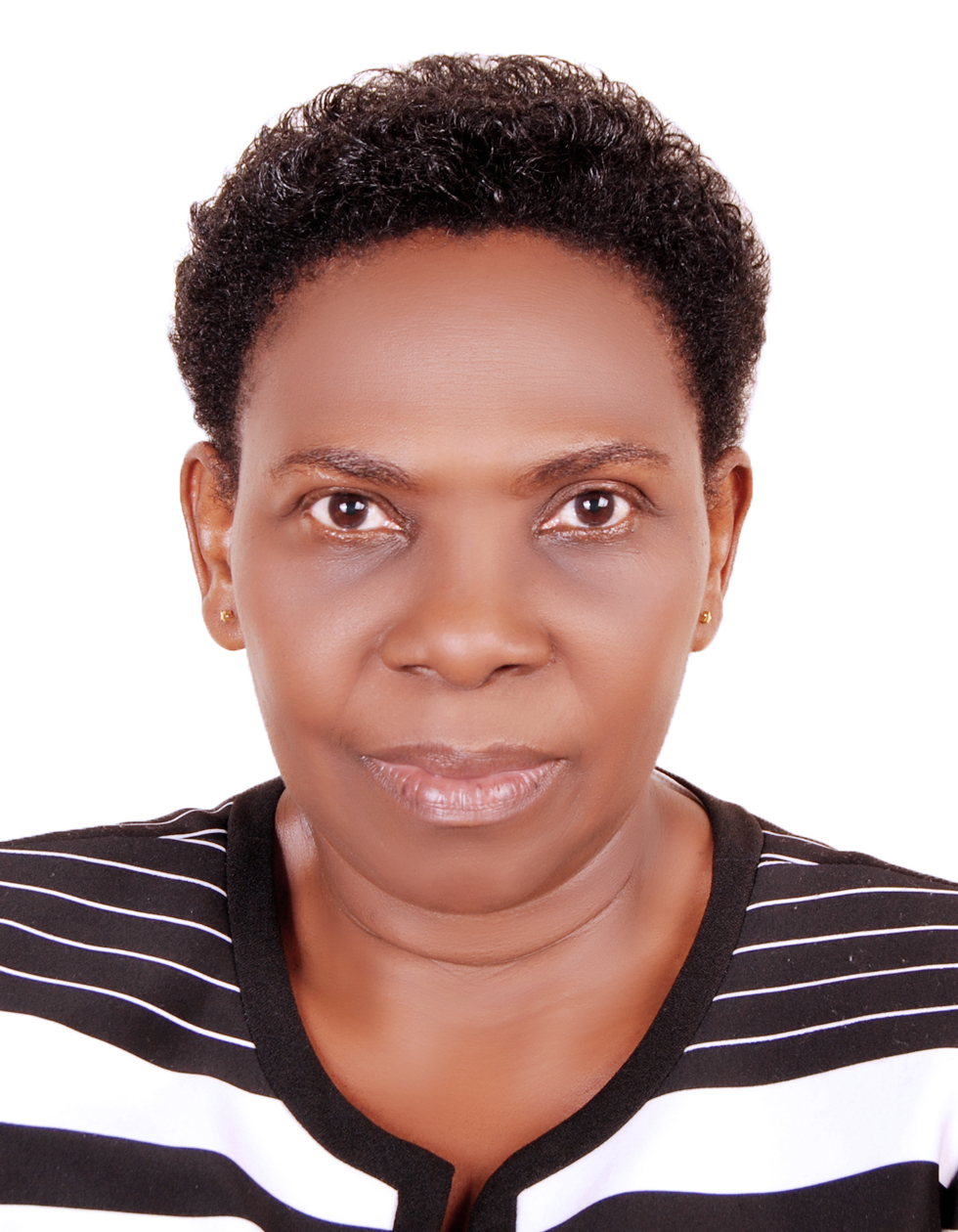 Prof. Ndeezi is a professor of Paediatrics and Child Health at Makerere University College of Health Sciences. She holds a Masters of Medicine in Paediatrics and Child Health from Makerere University and a joint PhD from Makerere and University of Bergen. She has more than 25 years of experience in research, clinical paediatrics and teaching. She is a practicing clinician on the paediatric haematology-oncology ward in Mulago National Referral Hospital which is a teaching hospital for Makerere University. She has authored 140 publications in peer reviewed journals, supervised more than 40 Masters and some PhD students to completion. She has a wide experience in the conduct of both hospital based and community studies. She was the principal investigator for the Uganda Sickle Cell Surveillance Study (US3) for mapping the prevalence and distribution of sickle cell disease (SCD) in Uganda, in 2016 and is still following the children who tested positive for SCD in that study.

Prof. Ndeezi is the principal investigator for a study of vitamin D supplementation in SCD in Uganda and also site PI of a multi-centre drug trial (IMR-SCD-301) in SCD by Imara Inc. She has been a co-investigator of a recently completed follow up study of 1800 mothers/infant pairs assessing health facility births and neonatal outcomes in northern Uganda (NCT02605369) under the NORHED project. She is a co-Investigator of a capacity building SIDA funded project for improving maternal and child survival in Uganda. The capacity building component involves training at Masters and PhD level for maternal, child and public health. She is also a co-investigator of a BCG trial that is following up 2200 babies in Kampala (NCT02606526). She has the expertise and experience to conduct, supervise collaborative research and train other researchers. She has participated in several research grants with partners from Tufts University, University of Montpellier, University of Copenhagen, and Karolinska Institutet in collaboration with other African countries (Burkina Faso and Zambia). She is a member of the scientific review committee of Infectious Disease Institute (IDI) since 2005 and currently chairs the Joint Clinical Research Centre (JCRC) research and ethics committee.